Posted at h in General Articles by
0 Likes 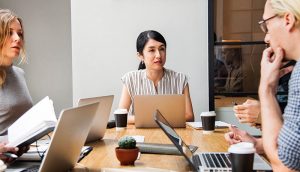 In the classroom, activity-based costing looks like a great way to manage a company’s limited resources. But many managers who have tried to implement ABC in their organizations on any significant scale have abandoned the attempt in the face of rising costs and employee irritation. They should try again, because the new approach we lay out in the following pages sidesteps the difficulties traditionally associated with large-scale ABC implementation by relying on informed managerial estimates rather than on employee surveys. It also provides managers with a far more flexible cost model to capture the complexity of their operations.

The roots of the problem with ABC lie in the way people traditionally construct ABC models. Assume you are analyzing a customer service department that performs three activities: processing orders, handling inquiries, and performing credit checks. The department’s total expenses (the cost of the personnel, management, IT, telecommunications, and other fixed resources) amount to $560,000. The actual (or estimated) quarterly quantities of work in the three activities are 49,000 orders, 1,400 inquiries, and 2,500 credit checks.

To build a traditional ABC model for this department, you would survey employees to estimate the percentage of time they spend (or expect to spend) on the three activities and then assign the department’s resource expenses according to the average percentages you get from the survey. Let’s say employees report that they spend (or expect to spend) about 70% of their time on customer orders, 10% on inquiries or complaints, and 20% on credit checks. This implies, under ABC, that each order consumes $8 of resource expense, each inquiry $40, and each credit check $44.80, as shown in the exhibit “Doing ABC the Traditional Way.” Armed with these figures, known as the cost-driver rates, managers can assign the costs of the department’s resources to the customers and products that use its services.