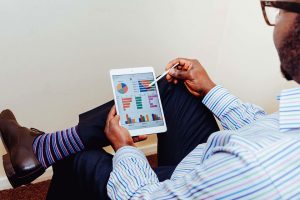 A survey of the cost management systems used by companies in Germany, Switzerland, and Austria shows that use of Grenzplankostenrechnung (GPK) works best when combined with a strong, highly integrated information system and used with other complementary costing practices.

Resource consumption accounting (RCA) is a blend of advanced German costing methods, specifically Grenzplankostenrechnung methods (translated as marginal planned cost accounting, but known as GPK in the United States), and activity-based costing (ABC). This system is being promoted in the United States as a way to enhance management decision making and control. (1) Understanding the characteristics of German costing systems–and particularly what factors lead to GPK adoption, usage, and success–will help U.S. firms understand whether and how to implement RCA.

In April 2005, Kip Krumwiede reported on 11 site visits to companies in German-speaking countries in a Strategic Finance article titled, “Rewards and Realities of German Cost Accounting.” In the article, he related what he learned about German cost accounting systems, specifically that the Germans typically place more emphasis on their cost management systems than American companies do. It is not unusual for German companies to define and track hundreds or even thousands of cost centers. Also, the management accounting function (known in German as “Controlling”) is often completely separate from financial reporting and has more staff. The purpose of our ongoing research is to move the U.S. discussion of German cost accounting methods from its focus on theory to study of actual practice.

We now present the results of the next stage of that research, a cross-sectional survey of cost management system (CMS) use among companies in Germany, Switzerland, and Austria. The results provide a representative picture of the systems that German-speaking firms are using, particularly GPK. We will address the stages of GPK systems implemented in the surveyed companies, factors affecting GPK usage and success, and the relationship between GPK and other cost management methods. Ultimately this survey indicates that users in German-speaking countries are generally satisfied and successful with GPK implementation. It also shows that certain contextual, organizational, and behavioral factors distinguish GPK users and are more likely to lead to success.